Recent case law of Slovenian Supreme Court, i.e. decision ref. no. I Up 109/2022 dated 8 June 2022, upgraded and partly changed previous interpretation of the procedure and conditions for issuing temporary injunctions in the area of administrative procedure.

In the above cited decision, the Supreme Court emphasized that a decision with respect to temporary injunction is, in its core, a settlement of a dispute between two parties. Consequently, when examining the facts of the case, the court must not impose a greater procedural burden on the plaintiff than it is imposed on the defendant, since there is no legal basis for such treatment. In addition, the Supreme Court further emphasized that the administrative court is also in this case obliged to provide the parties in the proceeding with adequate directions in substance of the course of proceedings. The Supreme Court pointed out as fundamental that if the administrative court considers that “hard-to-repair damage” – as one of the requirements needed to justify issuance of temporary injunction – is not sufficiently justified in the plaintiff’s proposal, the plaintiff must be provided with an adequate opportunity to sufficiently substantiate this legal term within the proceeding. Further, the court is not only obliged to provide the aforementioned treatment to the plaintiff but also to the

defendant and other parties to the administrative dispute, who are obliged to justify the public interest or other interests that could be disproportionately affected by the issuance of a temporary injunction.

With the above stated case law, the Supreme Court also further defined the legal standard of “hard-to-repair damage” in the field of tax law. The relevant damage qualifies as a loss of funds that the plaintiff could have had if there would not be an unlawfully established tax liability imposed by contested decision. According to the reasoning of the Supreme Court, the plaintiff could demonstrate difficulty of reparability especially in those cases where payment of tax liability would impair resources needed to comply with plaintiff’s legal obligations (such as obligation to provide child support) or assets, which are urgently needed for life and work. In the case where the plaintiff is a legal entity, difficulty of repairability could be demonstrated based on the fact that payment of tax liability would impair plaintiff’s performance of agreed contractual obligations and significantly interferer with its business operations. In accordance with the above, the Supreme Court deviates from the position represented until now, that material damage must always be considered as repairable. 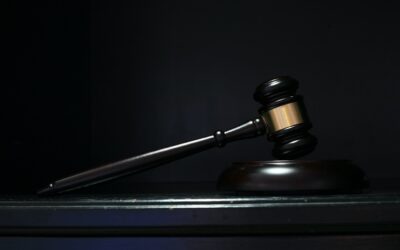